Brown Discharge: What Does It Mean?

The release of brown discharge is often caused by a small amount of old blood mixing with your normal vaginal discharge. This creates a brown tinge. The reasoning for this brown colour is that as blood ages, it turns from red to brown giving your discharge light to dark brown colour.

Although it can be quite concerning, the good news is that most of the time it is nothing to worry about - discharge is normal! In saying that, it is always better to keep an eye on it and talk to your healthcare provider if you are concerned.

The possible causes of brown vaginal discharge include:

Other areas for concern include:

What is Brown Discharge?

In the vast majority of cases having a little bit of older blood in your discharge is perfectly fine and nothing to worry about. Most of the time, brown discharge is just blood from your last period taking a little longer to be expelled.

Although for many, the sight of unexpected discharge in our underwear or when we wipe can be a cause for alarm. 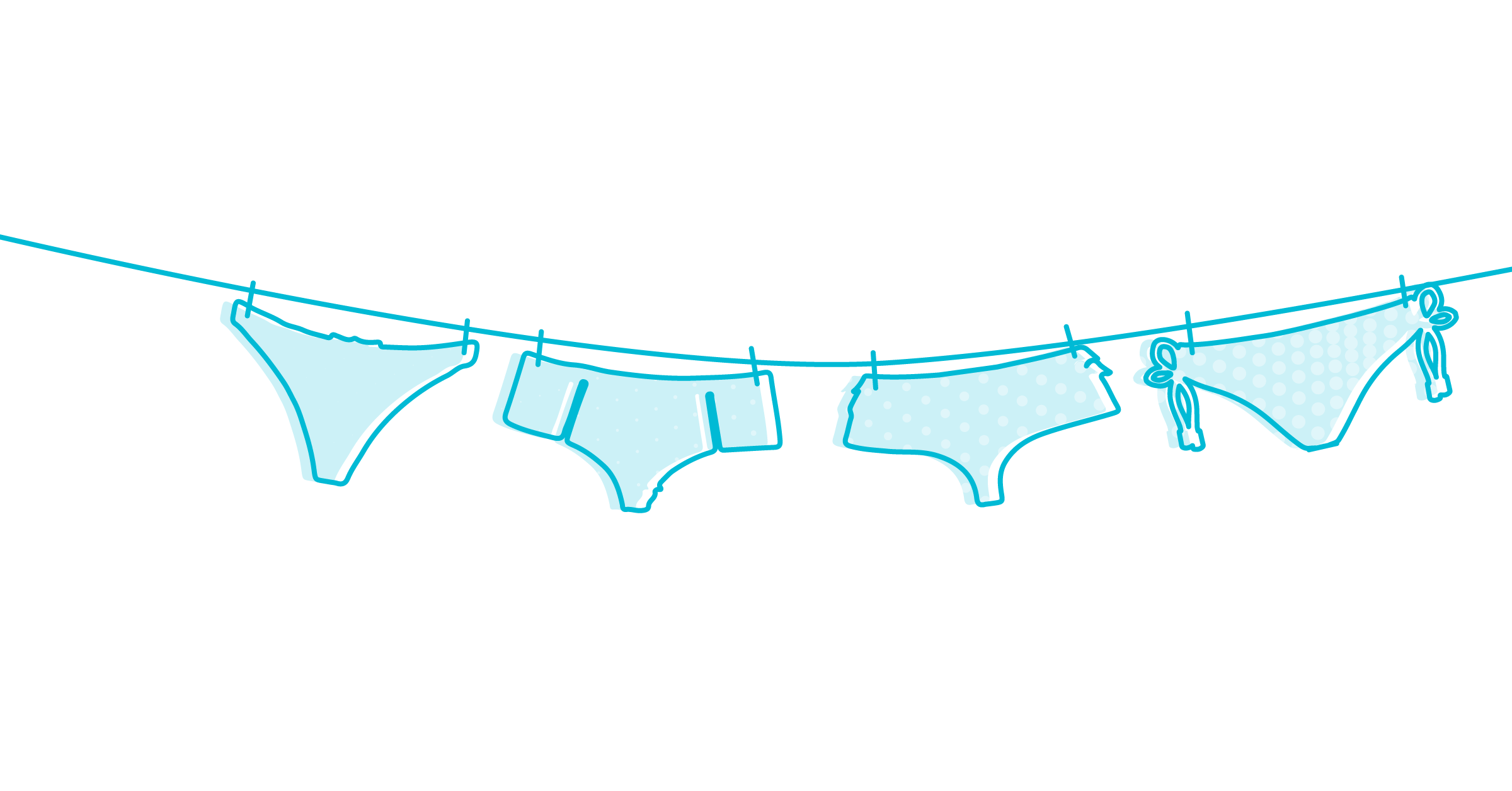 While it may be a sign of a health problem, in the majority of cases, it's nothing to worry about! Also, experiencing a small amount mid-cycle can be a sign of ovulation or pregnancy (implantation bleeding) - a positive sign if you are trying to conceive.

When a woman comes to my office and is concerned about brown discharge the first step I take is to get a better understanding of her personal situation, this includes:

See also: Yellow Vaginal Discharge: Should you be Worried?

Is Brown Discharge Normal Before Period?

A common question and cause for concern for many girls experiencing their first or second year of menstruation is that their period blood is not always red.

If you have recently started your period, having a small amount of brown discharge is often nothing to be concerned about. However, if you are experiencing other symptoms along with brown discharge or if you are noticing brown discharge mid-cycle then you should talk to a parent or see a doctor as it might the sign of PCOS or an infection.

See also: Discharge Before Period: What Does it Mean?

What does brown discharge mean? 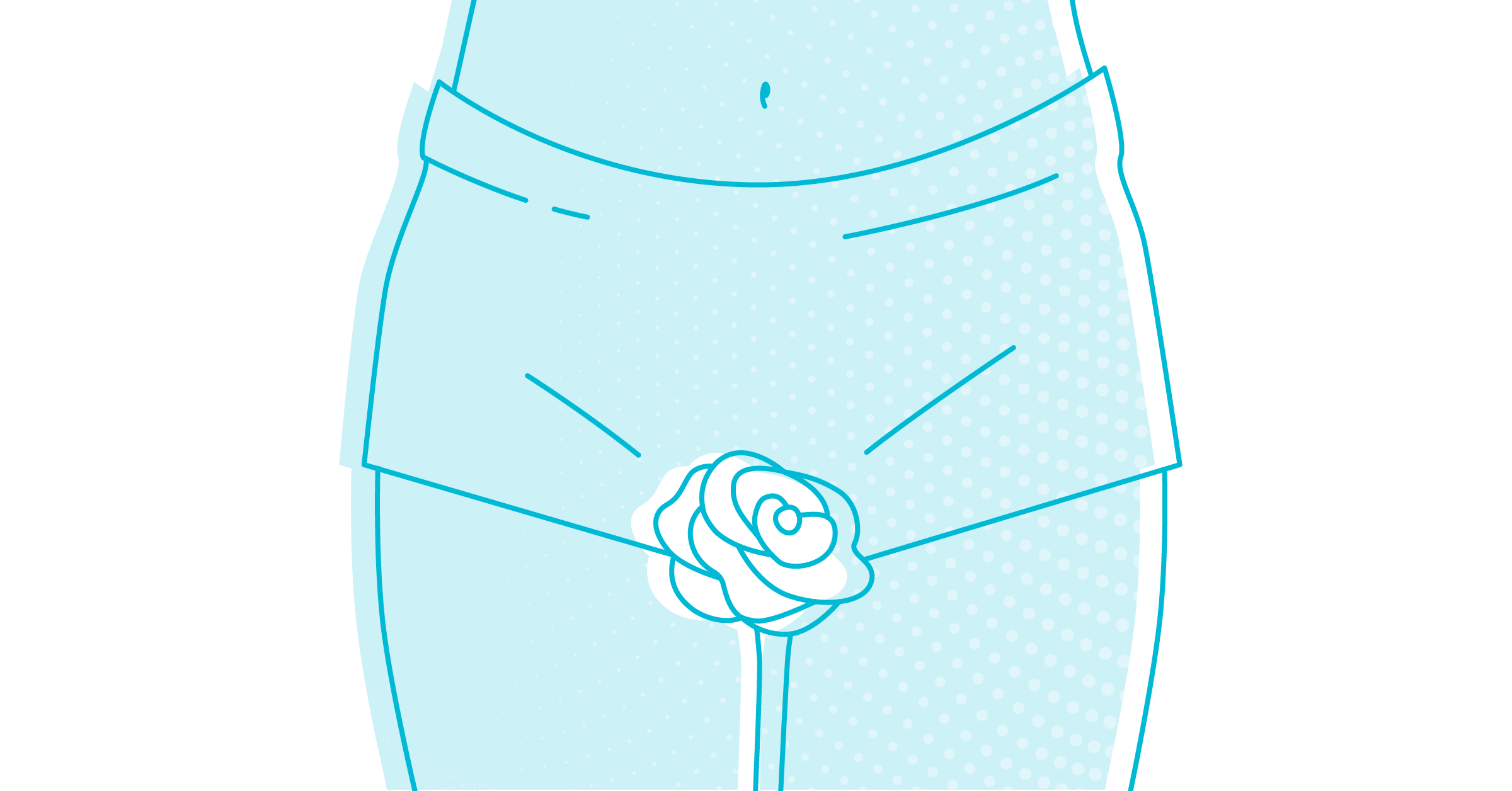 It is often perfectly natural to notice brown discharge during your cycle. It might be caused by something as simple as a delayed period, your hormonal contraceptive or the onset of perimenopause, some other potential reasons include:

Menstruation occurs when your hormones tell your body that you haven’t gotten pregnant this cycle causing your body to expel the endometrial lining in preparation for your next cycle.

Sometimes, your body isn’t able to completely expel all the endometrial lining immediately leaving a small amount in the uterus. Over the course of your next cycle, you might notice pink or brown spotting in your underwear or when you wipe.

This is just the rest of the endometrial cells being expelled. While it might appear alarming, in most cases it is nothing to worry about. However, if this becomes a regular occurrence then it is best to let your doctor know.

Most hormonal birth control methods work by interfering with your bodies natural hormonal cycle to prevent your body from ovulating. The drawback to this hormonal interference is that they can cause some unwanted side effects.

If you have just started using a new hormonal birth control method or forgot to take your birth control pill for a day or two, you may experience brown discharge.

If you are noticing prolonged periods of this or are experiencing other side effects such as nausea, weight gain, sore or swollen breasts and mood changes, then it is best to let your doctor know as they will be able to recommend a birth control method that better suits your body.

Seeing brown spotting mid-way through your cycle could be a sign that you have just ovulated. When the egg leaves the follicle during ovulation or as a result of the changing hormone levels it is common for some women to notice some mild spotting.

This spotting can be light red, pink or brown in colour as it often mixes with the clear egg white type cervical fluid present around the time of ovulation.

If you notice a small amount of brown discharge or spotting a couple of days before you are expecting your period it could be a sign that you are pregnant.
When the fertilized egg attaches itself to the uterine lining it can cause a small amount of bleeding, more commonly known as “implantation bleeding”.

This bleeding is typically very light and lasts only a couple of days (1-2 days). The existence of implantation is a topic of debate in the medical community but if you do notice some brown discharge around this time, don’t be alarmed as it is perfectly normal and doesn’t pose any risk to your chances of maintaining a pregnancy.

During the initial stages of menopause, your period can be replaced with bouts of brown discharge or spotting as your hormonal balance begins to change.
Women typically start to enter these initial stages of menopause after the age of 35-40 and is often accompanied by night sweats, vaginal dryness, sleep disruption, hot flashes, and mood swings. If your symptoms are severe then talk to your doctor as she may be able to give you some medication to ease the severity of your symptoms.

When should I be concerned about brown discharge?

Brown discharge may be caused by a number of completely natural causes that pose no risk to your health. However, I cannot stress enough that in certain circumstances it can also be a sign of a more serious problem that requires medical attention. Typically, this is only the case if the brown discharge you notice is accompanied by other symptoms.

These are some of the other possible causes of brown discharge and the symptoms that will often accompany it:

BV is common in women who are pregnant, the condition occurs when there is an imbalance in certain bacteria in the vagina. Some common symptoms include:

PCOS is the most common reproductive endocrine disease among women, with an estimated 5-10% of teens and young women developing the condition. The severity of the symptoms can vary from woman to woman but if you notice any of the below symptoms you should talk to your doctor about them, as it might be a sign that you have a hormonal imbalance. Some common symptoms include: 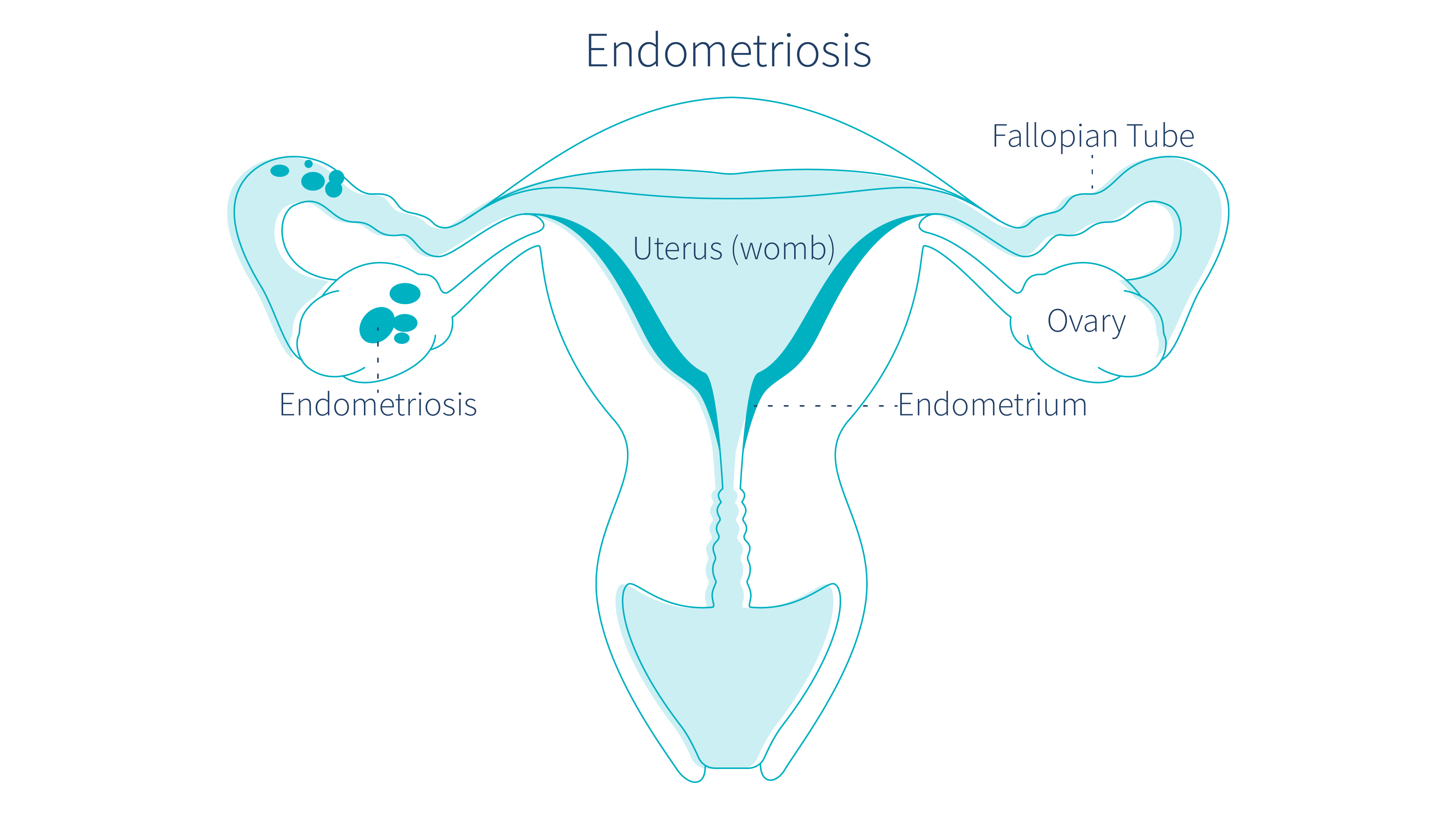 Endometriosis is a condition where the endometrial lining that normally forms on the inside of the uterus, grows outside the uterus around the ovaries, in bowel tissue, or in the cervix or vagina. During your period the body will shed the endometrial lining of the uterus and anywhere else it has formed, causing extreme pain and very heavy periods. Brown discharge before and/or after your period can also be a sign of endometriosis if it is accompanied by the following symptoms:

Brown vaginal discharge can also be an early sign of an STD if it's accompanied by the following symptoms:

Some of the STDs known to cause vaginal discharge include: 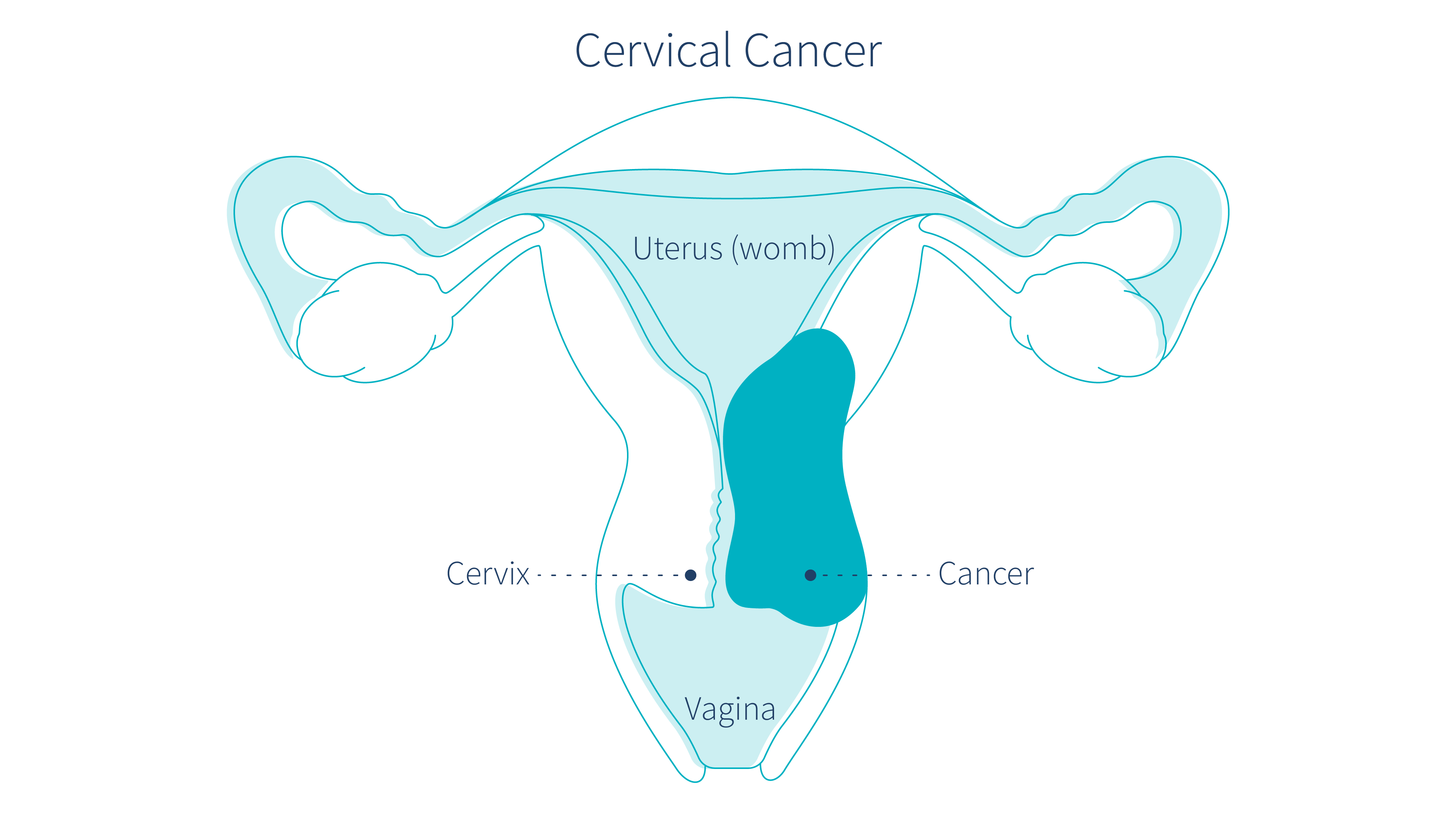 In very rare cases, the brown discharge might also be an indicator of cervical cancer if it is accompanied by the following symptoms:

However, if you do notice discharge along with any of the above symptoms then talk to your doctor immediately just to make sure you get screened for cervical cancer as soon as possible.

See also: What is Cervical Cancer? Everything you Need to Know

Find out more about vaginal discharge by watching this short video:

When should you talk to your doctor about brown discharge?

As you can see, there are so many potential causes for brown discharge that it is impossible for us to say for certain what is causing yours. If you are concerned about vaginal discharge, it is always best to talk to your doctor about your symptoms.

I recommend that you speak to your doctor just to make sure everything is okay if you notice brown discharge along with any of these other symptoms:

Occasional brown discharge is normally nothing to worry about. However, it is a good idea to take note of when it has occurred and what (if any) other symptoms you may be displaying. This way you will know what is normal for you and have all the information you need if you do decide to buy or test or go to the doctor.

Abnormal discharge can happen as a result of an STI but that’s not always the case. Other infections such as Vaginitis, which is an inflammation or infection in the vaginal area, may also be the cause. If you suspect that you are experiencing vaginal discharge as a result of either, you can get checked with your doctor or test from home with LetsGetChecked’s range of at-home STI tests or Vaginitis Test.

LetsGetChecked’s tests arrive in discreet packaging with a return envelope and clear instructions inside. Online results will be available within 2-5 days and our dedicated clinical team will be available to answer any questions you may have throughout the process. Should you test positive, we can provide treatment in line with clinical guidelines. We will send this treatment to your home at no additional charge, so there is no need to visit the drugstore.

You should consider taking a test if:

See also: How do you Check for STDs From Home?

6 Key Nutrients for Women When Trying to Conceive

Vaginal Rash: Common Causes and When to See a Doctor